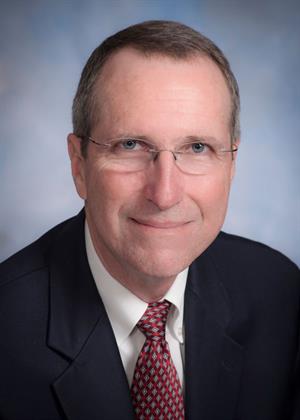 Cal Kellogg's responsibilities include oversight of the strategic planning process, diversified investment activities, business development, internal control and compliance, government and media relations and administrative oversight of the Blue & You Foundation for a Healthier Arkansas. Kellogg joined Arkansas Blue Cross and Blue Shield in 1995 as director of Plan Development and Integration. He was promoted to vice president of Enterprise Development Services in 1997 and, in 2009, was named senior vice president of Strategy Development and chief strategy officer. In 2013, he was promoted to executive vice president. In 2017, he was named Chief Executive Officer and President of our subsidiary organization, USAble Corporation. Prior to joining Arkansas Blue Cross, he served in various administrative and teaching roles at Arkansas Tech University, Illinois State University, the University of Mississippi, and the University of Arkansas at Little Rock. He received his bachelor's and master's degrees and Doctor of Philosophy in business administration from the University of Arkansas at Fayetteville. He has received Professional status in the Association of Healthcare Management. Kellogg is the former chairman of the board for the Governor's Quality Award. He serves on the Association of Health Insurance Plans Executive Education Advisory Board, Health Advantage Board and Echo Health Alliance Investment Committee. He currently serves as chairman of the Arkansas Health Data Transparency Board.

Our new ArkansasBlue Welcome Center is now open in Fayetteville!

Important: Blueprint Portal will not load if you are using Internet Explorer.