Attention new Arkansas Blue Medicare members
If you have enrolled in an Arkansas Blue Medicare plan and have not yet received your member ID card, welcome kit or first invoice, please know that your coverage will still start January 1, 2021. If you selected to pay your premium via check, you will receive an invoice. Once you receive your invoice, you can pay your bill by check. Please call customer services at 800-220-5779 if you have any questions.

Information about COVID-19 and your insurance coverage 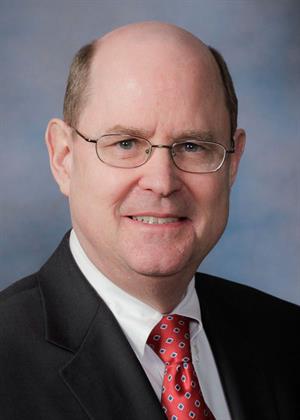 Patrick O'Sullivan is responsible for the management of the $53 million Blue & You Foundation for a Healthier Arkansas, as well as the philanthropic giving program of Arkansas Blue Cross and Blue Shield. The Blue & You Foundation has awarded a total of $27 million to 1,036 health improvement programs in Arkansas in its 15 years of operation. In 2012, the Blue & You Foundation received the Outstanding Foundation Award from the Arkansas Association of Fundraising Professionals. O'Sullivan joined Arkansas Blue Cross in 1994 and served as vice president of Advertising and Communications until 2006, when he was promoted to executive director of the Foundation. O'Sullivan previously served as vice president of Corporate Communications and Investor Relations for Worthen Banking Corporation and as director of External Communications for Baptist Medical System in Little Rock. A native of Chicago, O'Sullivan graduated summa cum laude with a bachelor's degree in communications arts from the University of Notre Dame in South Bend, Ind. In 2003, O'Sullivan received the Crystal Award from the Public Relations Society of America (PRSA), the highest award given to public relations professionals in Arkansas. He has earned professional accreditations from the International Association of Business Communicators and PRSA. O'Sullivan currently serves on the board of the Arkansas Symphony Orchestra, the Arkansas Repertory Theatre and the Arkansas Arts Center and is a past chairman of the board of the Arkansas Nonprofit Alliance, which helps nonprofit organizations in Arkansas be more successful.